The scans below show an insert from the LP, Best of Top of the Pops 1971. The insert advertises records issued by Hallmark and RCA-Camden. A number of Poppers albums are included in the listing (all those with catalogue numbers between SHM 700 and SHM 770) and a little extra trivia can be gleaned: 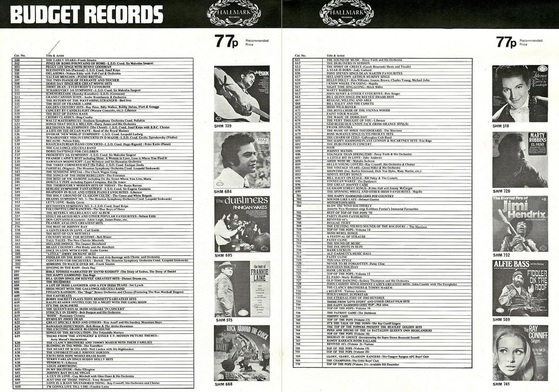 The insert gives us a few snippets of info - one of which is the retail price of 77p per LP, shortly after decimalisation. The detail below gives us two points of interest:

And the album Top of the Poppers Present The Beatles' Golden Hits is also listed. We know that this LP changed its title to Sing & Play at some point, but do not know exactly when. Since the insert was printed prior to the release of Volume 21, we can deduce that the LP was still called Present... as late as December 1971.