Starting around 2007, Pickwick began digitising the catalogue and marketing whole albums for download. In order to do this, they needed digital cover art and it is believed they had to start buying up old vinyl to assemble a complete set to work from! In the event, they put together a practically complete collection, including end-of-year albums, assemblages of their own 1970s compilations, and even recreations of the Mr Pickwick EPs.

When they emerged, the digitised covers were cleaned up, sharpened and generally improved as compared to the original record sleeves. There is no real point in reproducing them all here, as in general they differ little from the vinyl editions. However some are significantly altered, and a few of these are illustrated below (downloads top, LP covers bottom).

Some years later, a couple of these appeared on Spotify with minor design tweaks - which was probably a good idea:

The Top of the Tots albums, and two of the Sing & Play albums were completely redesigned:

And then again, in 2019, when these appeared:
Having all the tracks available individually naturally suggested the marketing of new collections. Several were put together, as shown below. Of course none of these physically exist - they are merely collections of digital files which can be purchased as bundles.

Of special mention is a staggering series called Chart Toppers by an (imaginary) act called Top Hits Group, which at the last count ran to 94 "albums" containing tracks from Top of the Pops and just about every other cover album series from the 1970s! One could build an entire website analysing their contents, so vast is the catalogue! 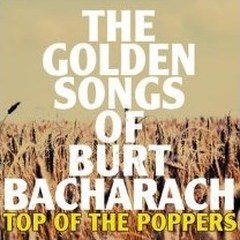 The track listing is as follows: I Say A Little Prayer / Make It Easy On Yourself / Do You Know The Way To San Jose / A House Is Not A Home / I Will Come Through / This Guy's In Love With You / Raindrops Keep Falling On My Head / Alfie / To Lose You / What the World Needs Now (Is Love) / Sunshine Day / I'll Never Fall In Love Again.

Another virtual album appeared in 2012, which was also branded as a Top of the Poppers album, although none of the songs are from the original catalogue. 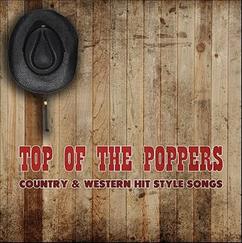 This download bundle is titled Top of the Poppers Country and Western Hit Style Songs and contains the following tracks, from an unknown source: Walk On Out Of My Mind / A Girl Like You / Foolish Mind / Tormented / The Lonely Heart / When A Fool Loves A Fool / Spell Weaver / Two People / Can I Sleep In Your Barn / Let Me Say I Love You. 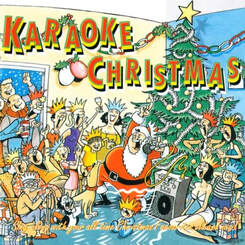 Before we end this round-up of download albums, we ought to mention rivals MFP, and in particular their digital artwork for Hot Hits Present Junior Choice Favourites and Hot Hits Present Pop Folk. Look familiar? (The one on the left has mfp connections from many years earlier - see ﻿﻿here﻿)

* Back to CD and Digital page *