Comments: This was the last standard edition (the one-off volume 92 excepted) as the series was discontinued due to plummeting sales. It should come as no surprise to find that this is now the rarest of the set. Copies are known to have changed hands for upwards of £100, as noted by Record Collector magazine in 2008: 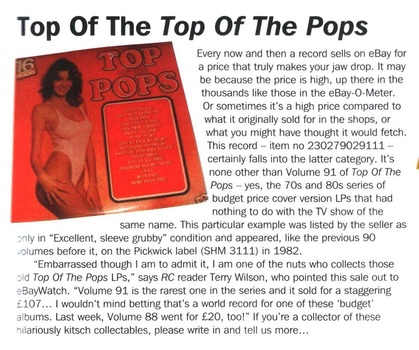 Tracks from this LP also appear on the following albums: