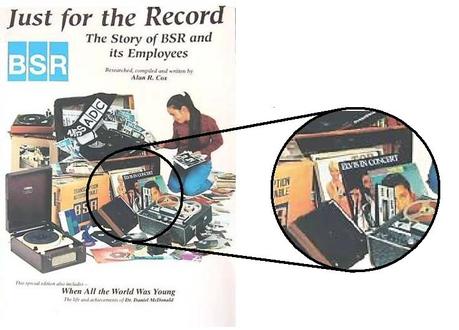 BSR were a manufacturer of record decks, including the types which ended up housed in wooden "suitcase" record players sold by companies such as Dansette, Philips, Marconi, HMV and others. BSR decks were extremely common in the 60s and 70s, and it is likely that the majority of Top of the Pops LPs encountered a BSR deck at some point in their useful lives.

This book - BSR Just For The Record by Alan R Cox (1998) - tells the story of the company. And what records were selected to illustrate the decks in use? A couple of Elvis LPs and this volume of Top of the Pops! Too rarely considered worth recognition, it is a measure of the cultural impact Top of the Pops had that this album was placed on the cover shot.